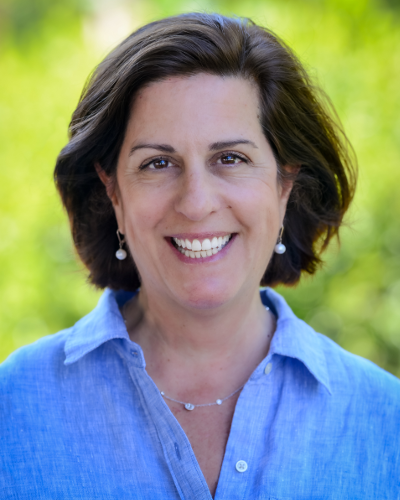 Alison Bedenkop
Alison co-chairs our Friendship Circle, a social program for senior women.  She also serves on the Financial Aid Committee. A graduate of Mt. Holyoke College, Alison has over 20 years in clinical research, including nine years in patient recruitment in clinical trials. Prior to joining the Friendly Aid board, Alison was on the board of the Wellesley Community Children's Center. 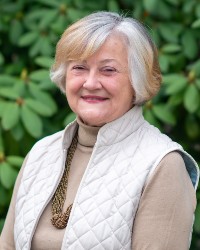 The newest member of the board, Katalin serves on the Development Committee. She recently retired from a career as a tax professional - most recently as a senior manager at Ernst & Young, LLP.  Katalin previously served as a board member and Treasurer of the Wellesley Community Children's Center and has volunteered for several years with EY's College MAP program working as a mentor to juniors and seniors at the Boston English High School in Jamaica Plain. She is a graduate of Boston College, Suffolk University Law School and Boston University Law School's Tax Program. 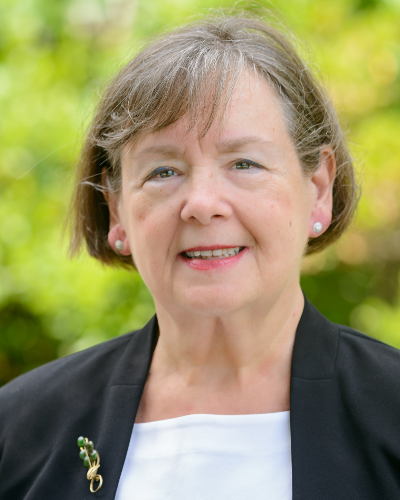 Deborah Cogill, President
Deb has been the President of Friendly Aid since 2016 and served in various capacities before then. She worked for the federal government for forty years in human resources, including as a training officer, HR manager and an employee and labor relations officer.  After retiring, Deb volunteered with Jewish Family Services of Metrowest before joining the Friendly Aid board. A Harvard graduate, Deb is also a member of the Wellesley House & Garden Club. 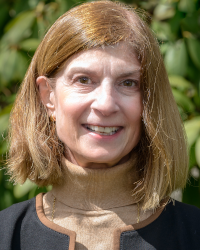 Denise D’Aunno
Denise serves on the Financial Aid Committee. She is currently a Strategic Business Lead at Harvard Pilgrim Health Care and earned her BA and MBA degrees at Stanford University. Denise’s prior volunteering experience in Wellesley includes participation on the Trails Committee and a variety of roles at the Fiske School. 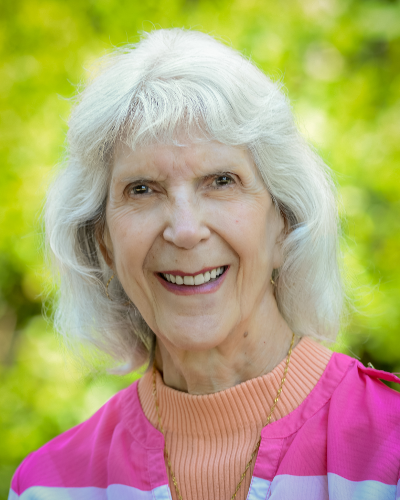 Rose Di Maggio
Rose has a long history with Wellesley Friendly Aid.  She worked with Sally Miller on social outreach before her move from Wellesley to Winchester and continues to help in the office as needed.  She was employed as a legal secretary in California for many years before returning to Massachusetts and taking on wait staff jobs at several country clubs in the area. 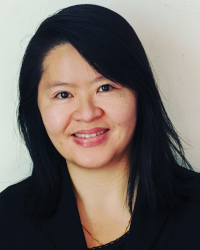 Michelle Fang
Michelle works with Sally Miller on the Housing Outreach Committee, where her skills as a Chinese speaker are particularly helpful with Chinese seniors in public housing.  Michelle has volunteered at the Council on Aging and Hardy School for several years.  She attended school in England where she grew up before moving to the Boston area as an adult.  Michelle is a realtor in Wellesley. 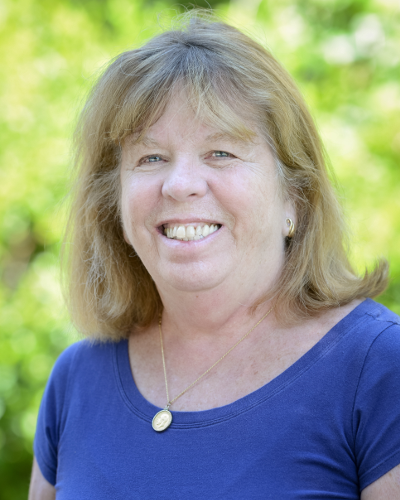 Linda Low Griffith
Linda is Chair of the Events Committee, and one of the co-chairs of the Friendship Circle. She earned a B.S degree from Goucher College and attended Harvard University Master programs for Business. Linda worked in sales, marketing and technical management for a number of companies, including AT&T Lucent, Verizon and Avaya. Linda has served as the President of the Wellesley Cancer Prevention Project, volunteers as an Assistant Librarian at Sprague Elementary School and sits on the Wellesley Historical Society Board.

Karen Griswold
Karen is the third co-chair of Friendship Circle, our social program for senior women. She is a long-time supporter of community organizations in Wellesley including PTOs, the Wellesley Cultural Council and the Wellesley Gardener's Guild.  She serves on the board of the Friends of the Wellesley Free Libraries.  A graduate of Vassar College, Karen spent years working at Boston University in the Development and Alumni Offices. 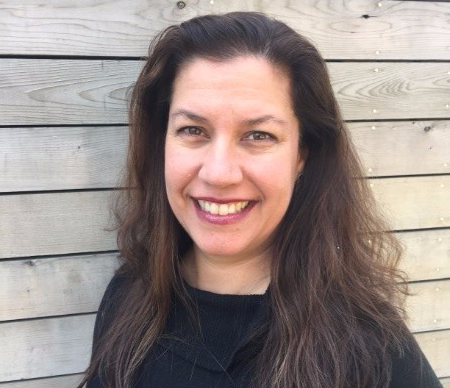 Vivian Baguer Holland
Vivian is the Vice President of Wellesley Service League (WSL) and as such serves on the Friendly Aid Board. WSL partners with Friendly Aid on several programs and initiatives, including Friendship Circle, and makes a significant contribution to the Friendly Aid Camp Fund. Vivian has nearly 20 years of experience in the health insurance and arts sectors in management, strategic planning, sales, and marketing. She earned her B.F.A at University of Alabama at Birmingham and her M.S. at Boston University. She is a former treasurer and chair of the Wellesley Cultural Council and past member of the Wellesley Choral Society and Wellesley Gardeners’ Guild. 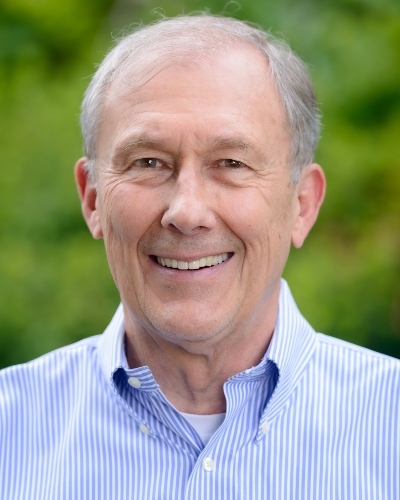 Peter Johannsen, Vice President
Peter has been involved with Friendly Aid since the mid-1970s, first serving as legal counsel while a partner at Sullivan & Worcester LLP, based in Boston, MA.  Since retirement, Peter has held several positions at Friendly Aid, including President from 2011 to 2017, and he currently serves as Vice-President.   Peter is also a Trustee of the Iroquois Indian Museum in Howes Cave, New York.   He is a graduate of Williams College and Harvard Law School. 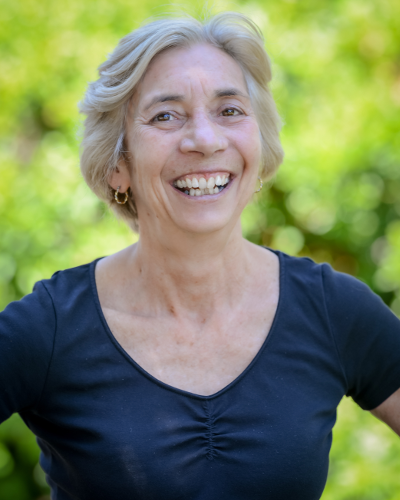 Cheryl Maloney
Cheryl serves on the Financial Aid Committee and chairs the Marketing Committee for Wellesley Friendly Aid. She retired as Superintendent of Schools in the neighboring town of Weston in 2015. She earned a B.A. from Mount Holyoke College as well as an M.A. and a Ph.D. from Boston College. Her volunteer work includes mentoring students, consulting and serving on other nonprofit boards. 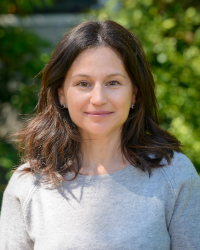 Kimberley Moldaver-Carr
Kim serves on the Camp Committee.  She is currently co-chair of Civic Improvement, Post Offices, for the Wellesley Gardeners’ Guild. Kim previously served as President of the Wellesley Service League and volunteered for several years at her daughters’ schools.  Kim is a graduate of Osgoode Hall Law School in Toronto, Canada and worked as a litigator both in private practice and at the Canadian Department of Justice. 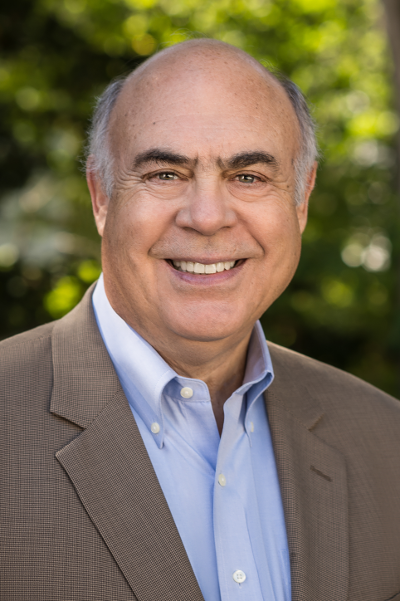 Douglas Mansfield
Doug is the Chair of the Camp Committee after serving on many other committees at Friendly Aid.  A graduate of Harvard College and Columbia Law School, Doug worked as a litigator in New York, including as an Assistant United State Attorney.  After moving to Wellesley in 1980, he practiced law at Casner & Edwards, LLP in Boston until his retirement in 2014. His legal work consisted of a wide variety of civil and criminal business litigation. Before his retirement, Doug was active in town government. 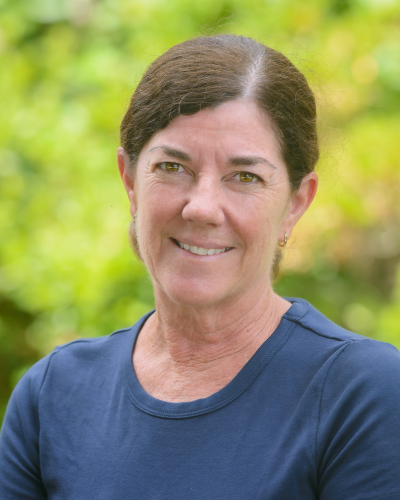 Sally Miller
Sally chairs Friendly Aid’s Social Outreach Committee, which focuses on providing regular social activities for the residents of Wellesley’s three public housing sites for seniors and the disabled.  Many of these residents live in isolation or have limited opportunities for socialization.  Sally also serves on the Camp Committee and has been a volunteer for many school and community organizations including the Schofield PTO, Wellesley Service League and National Charity League, Inc., Sally now works as the volunteer coordinator for Wellesley’s Council on Aging. A graduate of the University of Rhode Island, Sally was previously employed in financial services. 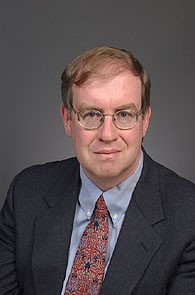 Duncan O’Brien, Secretary
Duncan is the head of the Finance Practice Group at Sullivan & Worcester, LLP and provides legal advice to Friendly Aid.  Duncan also serves as the Friendly Aid Secretary and is on the Executive and the Governance and Nominating Committees. Prior to joining the Friendly Aid board, Duncan served on the Board of Trustees for the Boston Latin School Association and as co-head of their Audit Committee.  Duncan is a graduate of Harvard College and Harvard Law School. 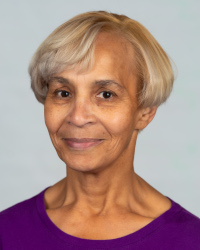 Renee Spencer
Renee is a member of the Social Outreach Committee.  She attended Framingham State University and worked for many years as an activity assistant for a local nursing home.  Renee is a Wellesley Town Meeting Member and is on the board of the Massachusetts Union of Public Housing Tenants. 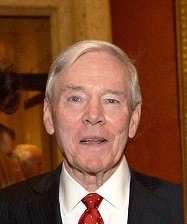 Leo Swift, Treasurer
Leo is Treasurer of Friendly Aid, He has a Bachelor’s degree from Harvard College and an M.B.A. from Babson. He spent his career in banking, finance and real estate, holding senior management positions both domestically and internationally. He has been involved with a number of charitable organizations in the past, but now concentrates his board activity on the Emerald Necklace Conservatory, where he has served in various roles for fourteen years, and Wellesley Friendly Aid.

Betsy Visvis
Betsy works with Sally Miller on the Social Outreach Committee. Betsy was involved with the Wellesley Council on Aging for many years, first as a volunteer and most recently as a department/program assistant. She also served on the board of the Friends of the Wellesley Council on Aging.  Betsy has a B.A. in special education from Furman University and an M.Ed. in special education/counseling from Boston College. Betsy worked as Education Coordinator/Director at the former Charles River Hospital in Wellesley. 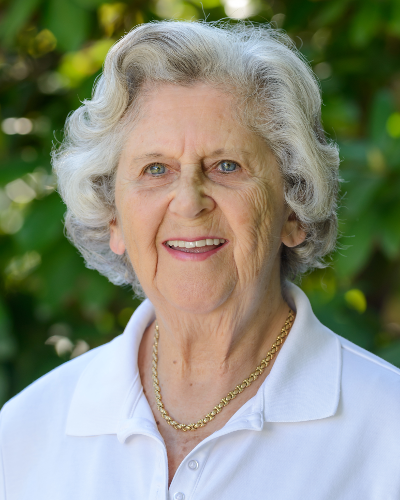 Dianne Weil
Dianne’s service to Friendly Aid goes back many years, including two separate terms as President. She currently sits on Friendly Aid’s Advisory Board. A graduate of Wellesley College, Dianne has also held executive positions in Wellesley Service League and the House and Garden Club of Wellesley. Dianne worked as a realtor in Wellesley for many years and served as a Town meeting member. 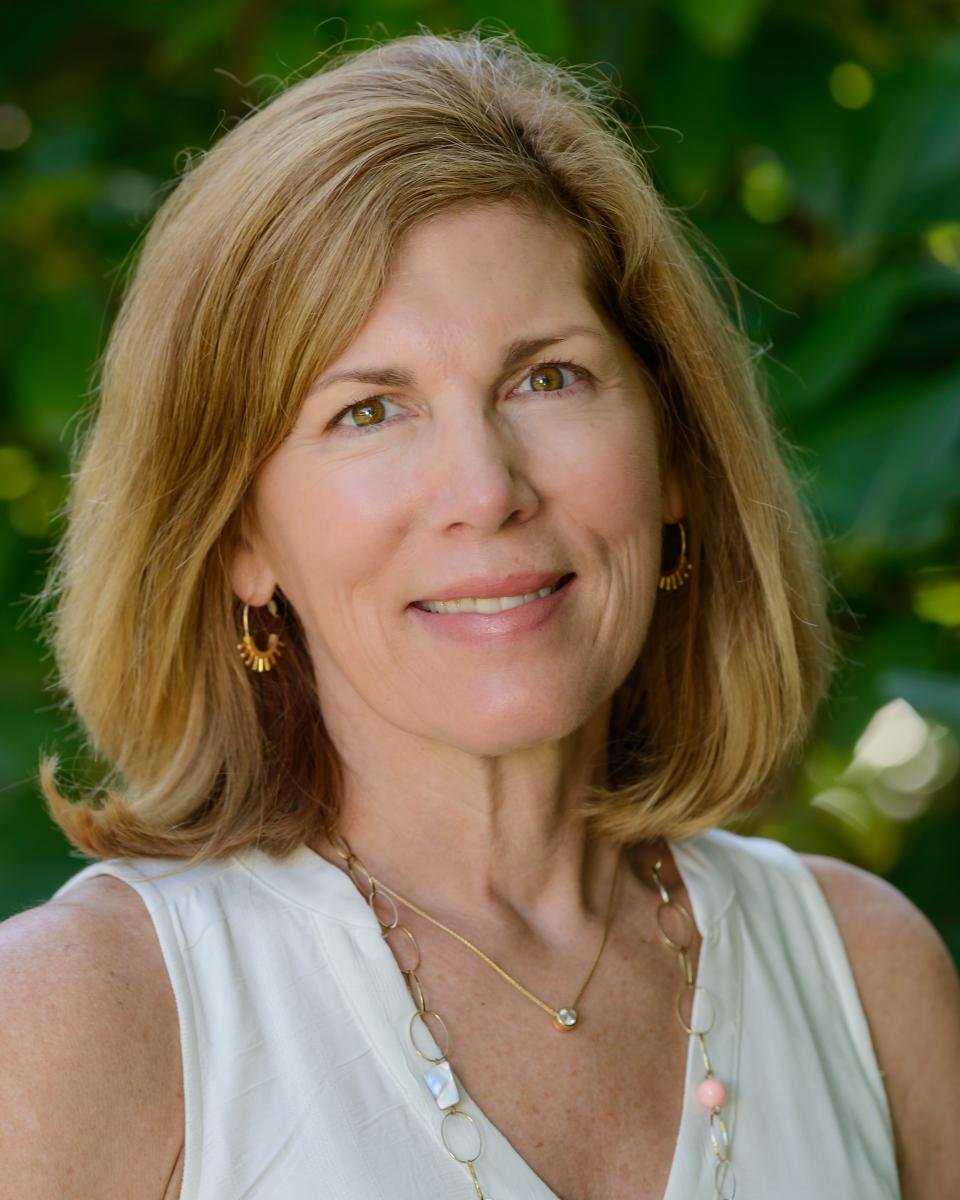 Sharon Kiernan
Sharon is the co-founder and co-director of our Wellesley Connects program. A graduate of the University of Connecticut, she earned her Master of Education degree from Lesley University. She teaches third-grade at the Amos A. Lawrence School in Brookline. Prior to teaching, Sharon worked in the publishing industry. She, her husband and two daughters have served as volunteers in various locales, including New Orleans and West Virginia, as well as local organizations in Boston’s Metrowest. 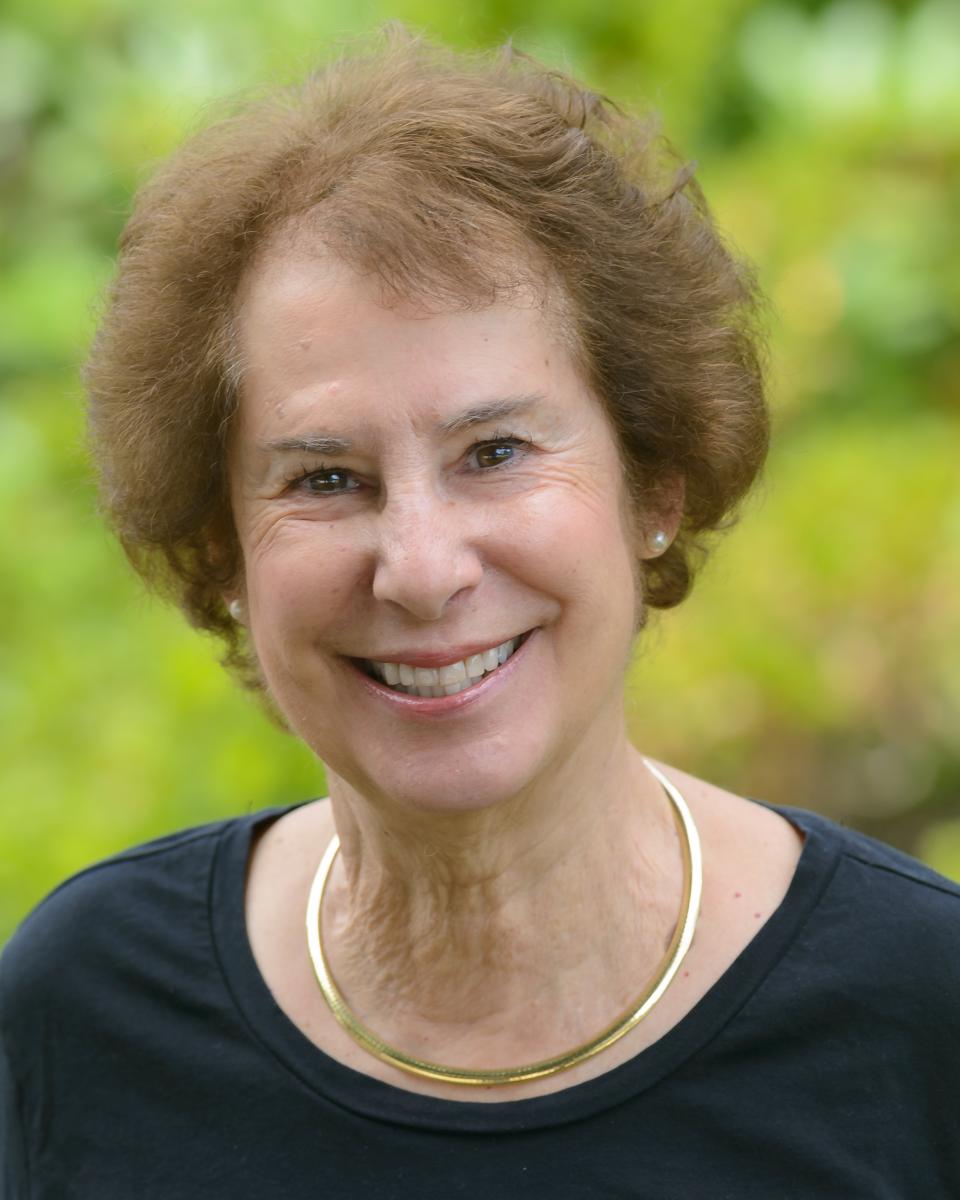 Margot Lansing
Margot is the co-founder and co-director of our Wellesley Connects program. She has over 30 years of experience in higher education as a faculty member, administrator, and consultant.  A graduate of the University of Colorado at Boulder, Margot received her doctorate in French Literature from the University of California at Berkeley and taught at a variety of institutions. Margot is also involved with Wellesley Neighbors, having served as the president for three years. 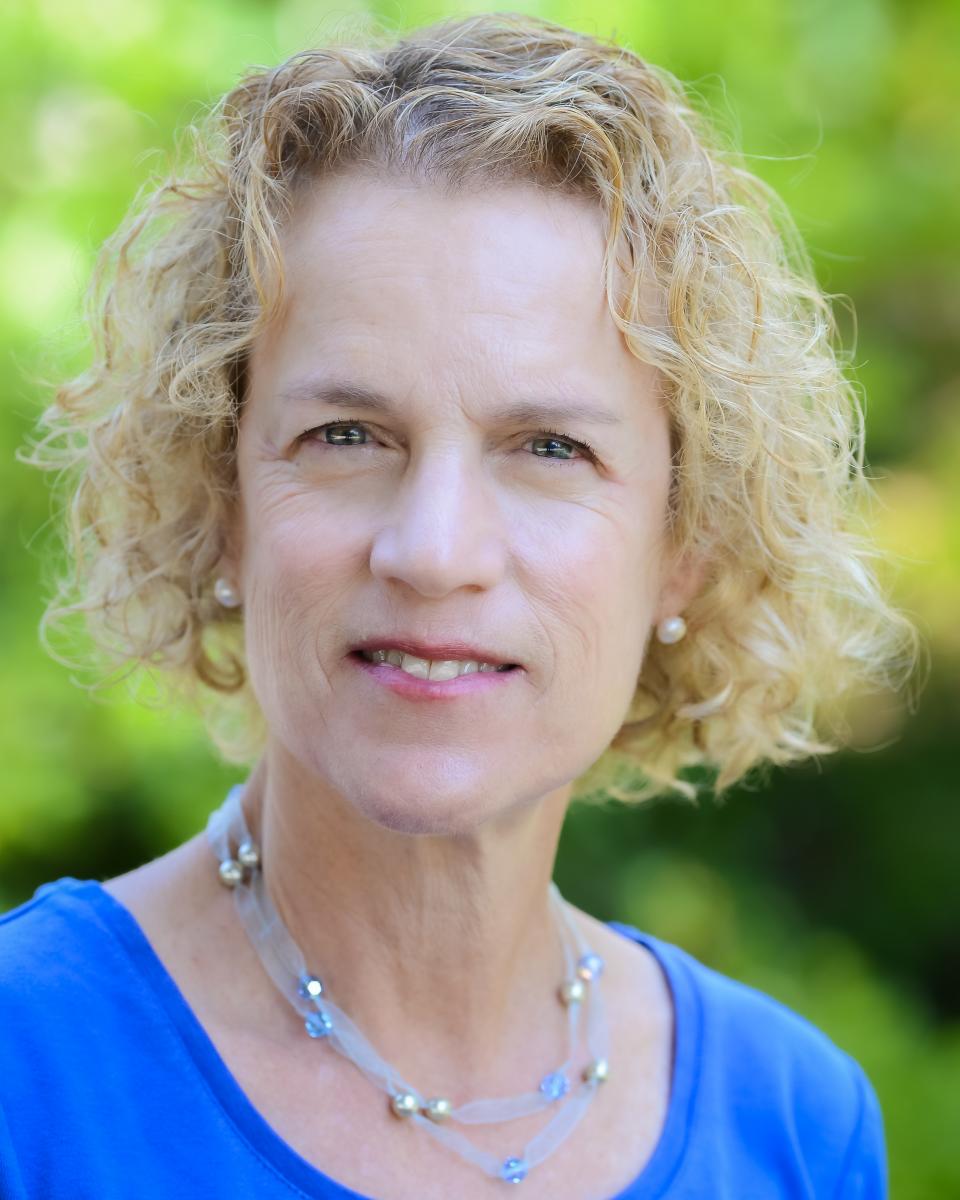 Karen Mondell
Karen has been the Program Administrator at Friendly Aid since 2010, and in that capacity is involved in all of the organization’s programs, services and operations.  She is knowledgeable about community resources in Wellesley and works closely with local social workers to assist our clients and provide referrals. Before joining Friendly Aid, Karen spent most of her professional career at Boston law firms doing legal recruitment and professional development.  A graduate of Goucher College, Karen lives in Newton and is a long-time volunteer at the Newton Food Pantry.